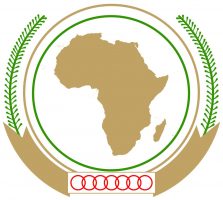 The Retreat brings together 15 Permanent Representatives of the PSC of the African Union
Mombasa, Kenya, May 27, 2021

The retreat was this morning officially opened by Amb Raychelle Omamo, Cabinet Secretary Ministry of Foreign Affairs. Others who addressed the session were H.E Amb Bankole Adeoye, Commissioner for Political Affairs, Peace and Security and Amb. Salah Alhamdi, Permanent Representative of the Algeria to the African Union who is the Chair of the PSC for the month of May.

The Cabinet Secretary Ministry of Foreign Affairs Amb Raychelle Omamo stated that Africa is under a transition which therefore presupposes the need for the Council to develop tools, processes and systems to adapt to the ever- changing peace and security dynamics in the continent.

“It is crucial that the PSC, continues to review, improve and further strengthen its working methods, that will determine the direction of the continent on matters peace and security, address gaps in PSC Protocol as well further enhance its effectiveness in addressing challenges of the continent”. Said Amb Raychelle Omamo.

She said “ the Council should continue striving to find its rightful place in the international arena that is plagued with multitude of peace and security challenges and should be willing to collaborate with both States, international, regional organizations and Non- Governmental Organization to be able to achieve its objective of being the standing organ for the prevention, management and resolution of conflicts as well as a collective security and early warming arrangement intended to facilitate timely and efficient responses to conflict and crisis situations in Africa”.

She urged the members to deliberate on how they intend to strengthen the relationship between the African Union Peace and Security and the United Nations Security Council.

The Protocol Relating to the Establishment of the PSC was adopted in July 2002, in Durban, South Africa, and entered into force in December 2003. The Council’s first fifteen (15) members were elected in March 2004 by the Executive Council of the Union. The Council, at its inaugural meeting, on 16th March 2004 adopted its Rules and Procedures.

Since its operationalization, the PSC has vigorously pursued its mandate of promoting peace, security and stability in Africa. During its seventeen-year existence, the PSC has to a large extent been able to contribute to the prevention, management and resolution of conflicts, as well as to the efforts towards post-conflict stabilization, post-conflict reconstruction and peace building parts of the Continent.

Working in close cooperation with the Regional Economic Communities and Regional Mechanisms for Conflict Prevention, Management and Resolution (RECs/RMs), and within the overall framework of the African Peace and Security Architecture, the PSC has continued to play a leading role in advancing the AU peace and security agenda throughout the Continent.

Notwithstanding its achievements, the PSC has continued to face some challenges and has had to constantly adapt the Council to the ever-changing peace and security dynamics in the Continent.

In order to address some gaps in its Protocol, as well as to further enhance its effectiveness, the PSC has, since the Dakar Retreat of July 2007, continued to annually review, improve and further strengthen its working methods.

In June 2019, the PSC consolidated the conclusions of all retreats on its working methods held since 2007 into a concise Manual on the Working Methods of the Peace and Security Council of the African Union which is consistent with provisions of the AU Constitutive Act, the Protocol Relating to the Establishment of the Peace and Security Council, the PSC Rules of Procedure and the Conclusions’ of the various retreats of the PSC, adopted by the PSC and endorsed by the Assembly.

The Manual provides for regular reviews of the working methods of the Council whenever the need arises and hence the retreat that is taking place in in Mombasa.

The retreat in Mombasa will deliberate the following items: