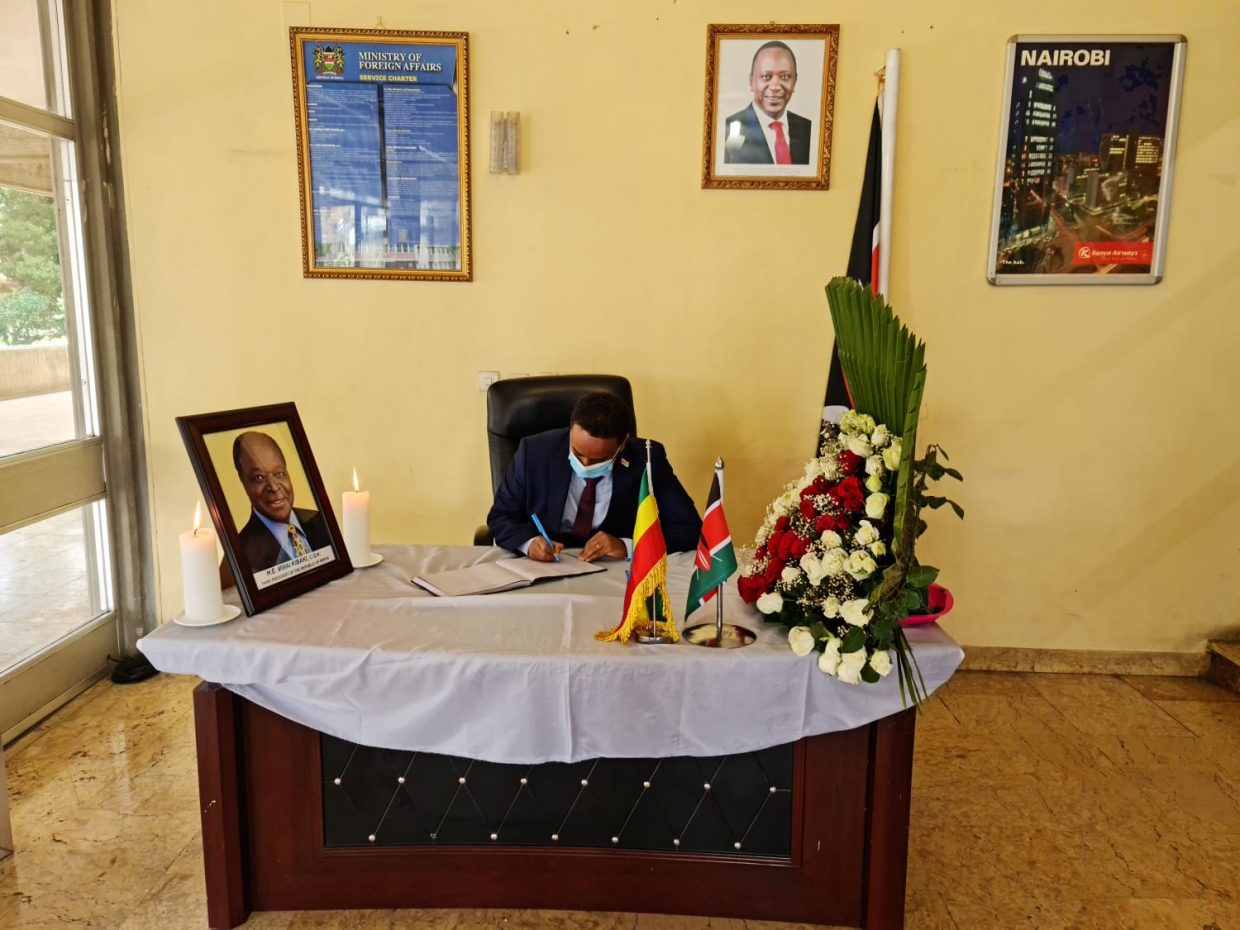 Following the passing of H.E. Emilio Mwai Kibaki, the Third President of the Republic Kenya on 22 April, 2022, Ambassadors/High Commissioners to the Federal Democratic Republic of Ethiopia and Permanent Representatives to the African Union and the United Nations Economic Commission for Africa signed a condolence book at the Kenya Embassy Chancery, in Addis Ababa from 26 to 27 April, 2020.