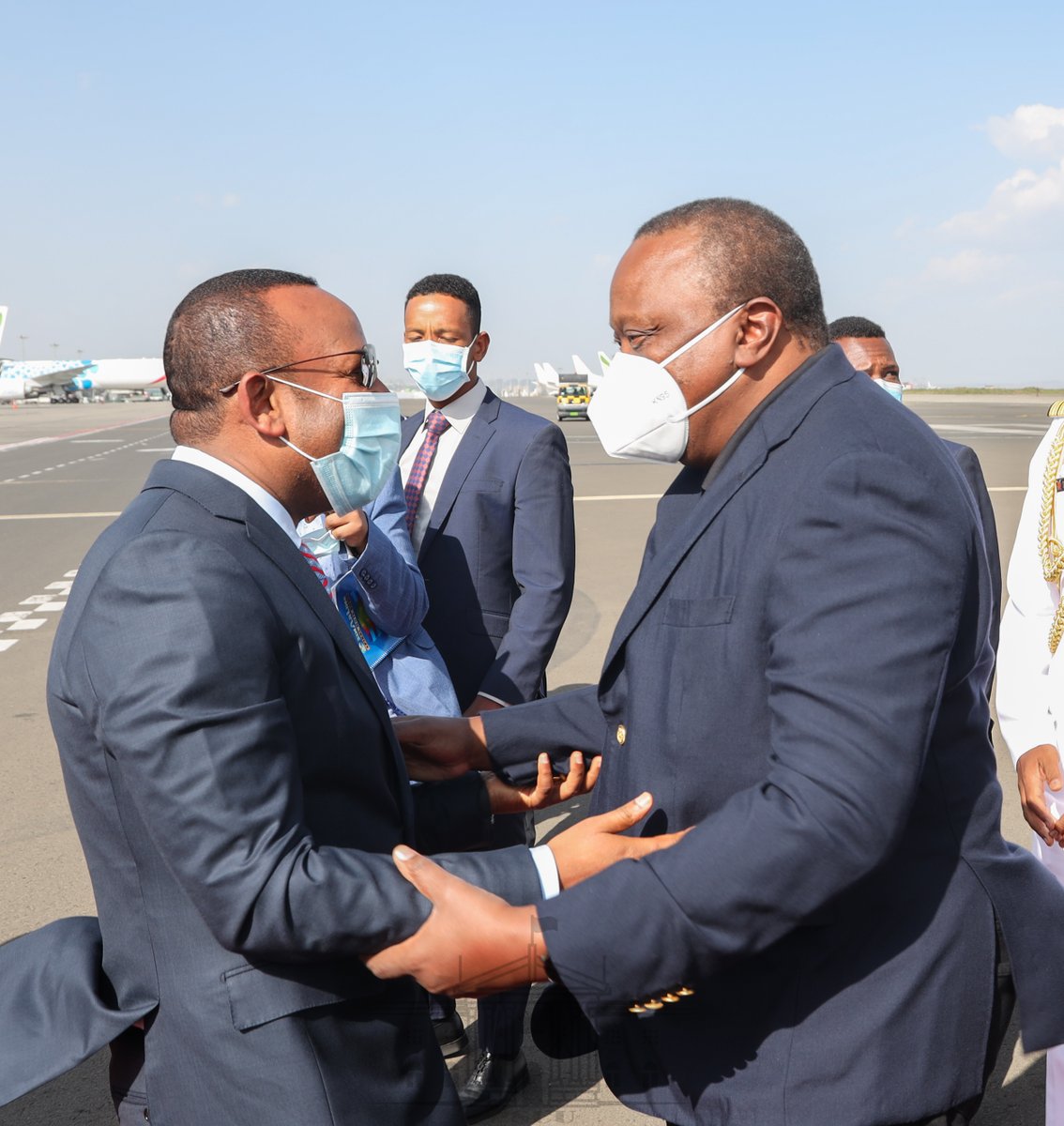 President Uhuru Kenyatta has arrived in Addis Ababa, Ethiopia for an official visit during which he is scheduled to witness the issuance of a telecommunications license to Safaricom PLC.

An international consortium led by Safaricom, and comprising of Vodafone and Vodacom, UK’s CDC Group and Japan’s Sumitomo Corporation, won a Shs 91.8 billion bid to operate in Ethiopia.