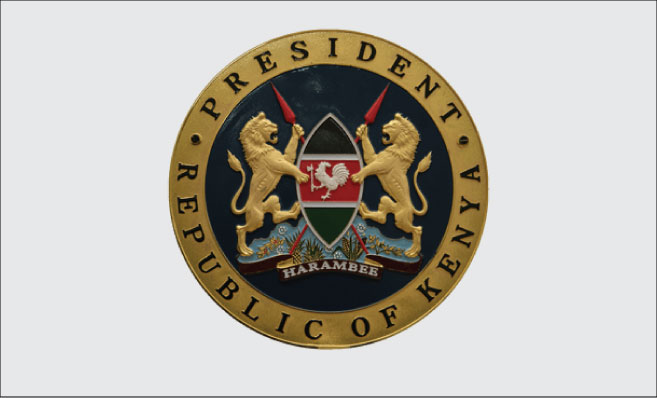 President Uhuru Kenyatta has decried the growing number of conflicts in Africa and called for the upscaling of conflict resolution efforts on the continent.

“Regrettably, Ladies and Gentlemen, there are still too many conflicts brewing in Africa and which requires our concerted effort to contain…I want to propose that time has come to scale up our conflict resolution efforts, particularly in Africa,” he said.

The President spoke Monday, 16th April, at State House, Nairobi during a virtual United Nations Security Council (UNSC) high-level open debate on the cooperation between the UN, regional and sub-regional organizations in conflict prevention and resolution.

President Kenyatta, who is also the current chairperson of the African Union Peace and Security Council, told the meeting chaired by the newly elected President of Vietnam Nguyen Xuan Phuc that peace and stability was a key priority for Africa.

“With nearly half of all global peace operations taking place in Africa, the African Union has put the peace agenda high on its priority list; and established several institutional structures to address conflict prevention and resolution,” he noted.

To lessen the burden of conflicts on the African continent, President Kenyatta made five recommendations to the UNSC. He proposed more support for peace keeping efforts, consideration of the cross-border dimensions of conflicts, and proper disarmament, demobilisation and reintegration programmes.

Further, the President challenged the UN to be at the forefront in assisting countries that are emerging from conflict to develop their civil service and to provide more humanitarian assistance in conflict environments.

On strengthening peace keeping activities in Africa, the President challenged the UN to consult and leverage more on regional conflict resolution mechanisms.

“History and experience remind us that the closer you are to a problem, the better you understand its complexity and its workable solutions. Regional and sub-regional organisations have a greater stake in the conflict and provide the proximity and insights, which are critical in conflict resolution,” he said.

President Kenyatta said disarmament programs should ensure that fighters are returned to lawful civilian life so as to guarantee sustainable peace and successful post-conflict reconstruction.

He said Kenya had developed one of the most comprehensive conflict disengagement and reintegration programmes in Africa.

“Our disengagement programme is nationwide; and assists individuals, newly recruited into violent extremism and others who are returnees from foreign battlefields.

“We have designed the programme so that it is a platform that can offer capacity building and training to others. We welcome the United Nations to support and make use of this facility,” the President said.

On assisting countries emerging from conflict to develop their civil service, President Kenyatta pledged Kenya’s readiness to partner with the UN in supporting regional states.

“In this context, Kenya has provided such support to states in the region that have appealed for our assistance. Our South Sudan Liaison Office, for example, has trained hundreds of public servants for South Sudan. We are ready to do more for countries in the region, if requested,” the President pledged.