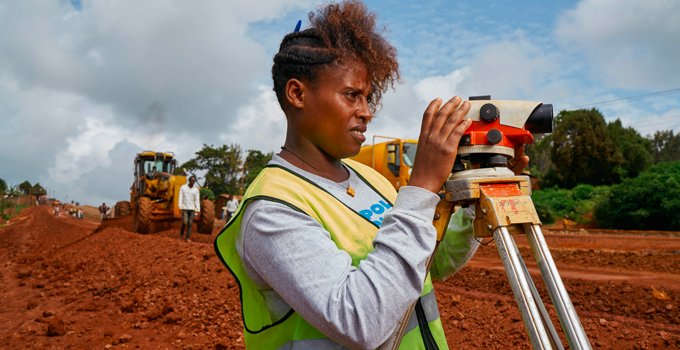 The 895-km highway corridor linking Kenya and Ethiopia has not only eased cross-border traffic between the two countries, but is a major push for economic integration within Africa, resulting in jobs and improved livelihoods across the Horn region.

In 2006, the project was still on the drawing board. Ten years later, construction of the Mombasa-Nairobi-Addis Ababa road is a reality and a stellar example of infrastructure built with African Development Bank Group financing under one of its key High 5 priorities.

The corridor consists of a 504-kilometre road linking the Kenyan towns of Merille and Turbi, through Marsabit, and an additional 391-kilometre stretch running through Ethiopia linking Ageremariam, Yabelo and Mega. The Bank co-funded the project to the tune of US$ 670 million, amounting to 64% of total project costs.

While the Kenyan section of the corridor was completed in 2016, the last part of the road in Ethiopia will be finished during the first half of 2019. Yet already trade and employment opportunities between the two countries have increased.

Daniel Yatta is a Kenyan truck driver from Makueni County. He has been transporting goods from Nairobi to Addis Ababa for twenty-five years – enough time to gauge the impact of the new road on his own work and that of all those he meets along the way.

“I have been driving on the Nairobi-Addis Ababa road for many years. It always used to take us over a week to go from Nairobi to Moyale. It then took another full week to cover the stretch from Moyale to Addis,” he said. David then told us just how much easier the new road corridor had made his life: “Since they opened the road in 2016, it takes very few days to make the journey. With a 30-ton load, it only takes me 24 hours to get to Addis.”

Since they opened the road in 2016, it takes fewer days to make the journey. With a 30-ton load, it only takes me 24 hours to get to Addis.

Teresa Kanina, a vegetable dealer who relocated from Meru to Moyale, a border town with Ethiopia for better business opportunities shares the same sentiments.

“During the rainy season, it used to take over a week for vegetables to be delivered. They were already rotten the day they arrived. We suffered huge losses of produce and a lot of money too. Now, though, the vegetables get here in just one day,” she said, beaming with pleasure.

The road has also had a beneficial effect on public services like customs and inspections, as the new road has boosted cross-border traffic of goods. At the border, customs officials attested to this.

“The products that we export from Kenya via the port of Mombasa to Ethiopia are essentially sugar, oil and rice. In 2014, we earned over 16 million dollars per year, but earnings have risen to US$ 70 million now,” said Paul Nyaga, a senior officer of the Kenyan customs service. He said the increased traffic had generated significant revenue for his country.

Even on the Ethiopian side, where the last part of the corridor is still unfinished, cross-border traffic has doubled, results, which have been welcomed by authorities.

“There used to be 30 or 40 vehicles at most travelling along our motorway a day. Now, there are more than 100 per day,” said Tesfaya Antenyismu, a senior official for the Ethiopian South region Directorate, adding that he hoped to see the numbers rise even higher.

“ During the rainy season we used to lose a huge amount of produce that rotted. And we lost a lot of money too. Now, the vegetables get here in just one day. 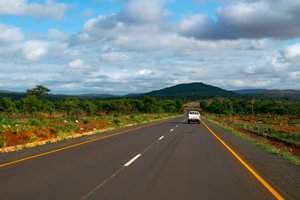 According to Bank projections, trade between Kenya and Ethiopia is set to increase fivefold, from US$ 35 to 175 million by the time the corridor construction project is completed. The intensity of foreign investment in the region in the period from 2016 to 2018 should further improve this performance. This is due to reductions in transport and shipping costs of goods and the expansion of markets beyond national borders.

Average transport costs between the Kenyan towns of Isiolo and Merille, for example, should fall by half by 2019, from 0.49 cents to 0.28 cents a kilometre. In addition, the new international road is expected to generate an additional 900,000 tons of volume of goods transported to or from the port of Mombasa – 20% of Ethiopia’s total maritime freight. This makes Mombasa a major economic hub with direct and indirect benefits for more than two million people.

“Since the road was built, we have witnessed an increase in the volume of trade between the two countries,” said Gilbert Kitiyo, a Marsabit County superintendent. “Its impacts are as numerous as they are visible: there are many new service stations. We have also seen an increase in youth employment. There are many more stalls selling fresh produce,” he said.

The corridor is also helping to reduce poverty by improving access to markets and social services for surrounding areas and communities. This has been beneficial to disadvantaged groups and has helped women achieve financial independence.