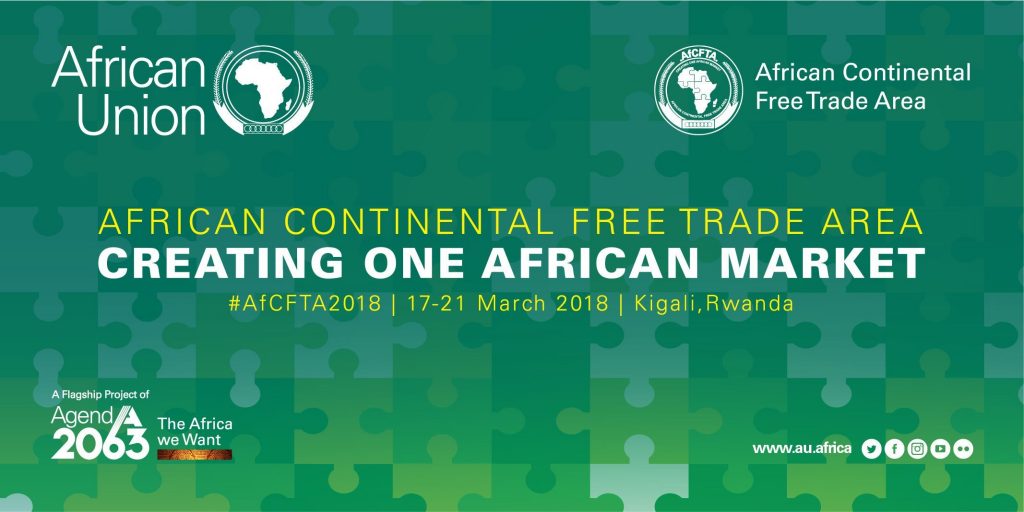 Among the delegations from 54 African States that attended the African Union Summit, 27 leaders signed the African Free Trade Area Agreement and the Protocols on Goods, Services and Rules and Procedures for Dispute Settlement.

In addition, President Kenyatta was among the 43 heads of delegations who also signed the third protocol dubbed the “Kigali Declaration” to formally launch the AfCFTA.

Kenya was recognized as a great nation when President Kenyatta completed his turn to sign the three protocols.

It was a great moment for the continent as the African leaders appended their signatures to the protocol creating the AfCFTA which they termed as the greatest step since the formation of the AU.

Only 22 member countries were required to sign the agreement to make the AfCFTA treaty operational.

The AfCFTA aims to establish a single liberalized market that will spur industrialization, infrastructural development, economic diversification and trade across the continent that is home to some 1.2 billion people.

When the AfCFTA pact is fully operationalized in the signatory State Parties, residents of these nations will enjoy the convenience of a single passport and currency.

The AfCFTA binds all State parties to eight objectives including the progressive elimination of tariffs and non-tariff barriers to trade in goods.

The signatory State parties are also expected to progressively liberalize trade in services, cooperate on all trade related areas and on investment, intellectual property rights and competition policy.

The State parties also committed themselves to cooperate on customs matters and the implementation of all trade facilitation measures.

Additionally, African States will establish a mechanism for the settlement of disputes concerning their rights and obligations.

The African nations will further establish and maintain an institutional framework for the implementation and administration of the AfCFTA pact.

Speaking at the ceremony hosted by Rwanda’s President Paul Kagame, who doubles as the African Union (AU) Chairman, various leaders agreed that the new milestone will end the balkanization of the continent into fragmented economies and markets.

President Kagame said the new agreement expresses unity in moving the continent forward with the hope of restoring the dignity of African farmers, traders and entrepreneurs who will be able to market their value-added goods globally.

Niger President Mahamadou Issoufou, who is also the leader of the AfCFTA, described Africa as the continent of the future which will now enjoy higher growth.

“Africa is stronger when we work together. Under the AfCFTA, Africa will be able to export her goods globally at competitive prices,” he said adding, that the new dawn heralds great opportunities for investment.

With the population of Africa projected to rise by 600 million people by 2030 bringing the continent’s total population to 1.8 billion, President Issoufou said the continent’s market is set to expand and create more opportunities for its people.