Statement By H.E. Hon. Uhuru Kenyatta On The Nomination Of Amb. Dr. Amina C. Mohamed As Chairperson Of The African Union Commission 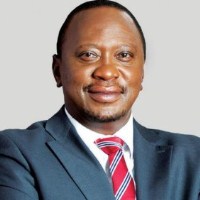 In 2013, I appointed Ambassador Dr. Amina C. Mohamed, Cabinet Secretary in the Ministry of Foreign Affairs and International Trade. Amb. Mohamed has steered our diplomatic engagement to greater heights. We have benefitted tremendously from regional and international engagements of national and continental significance.

Today, in recognition of our obligation and commitment to support the African agenda, I am proud to offer Amb. Amina Mohamed for the position of Chairperson of the African Union Commission (AUC), a position currently held by Her Excellency Dr. Nkosazana Dlamini-Zuma of South Africa. In this regard, my administration has submitted the candidature of Amb. Mohamed for consideration at the African Union Summit in January 2017.

Among the most significant achievements include being the first woman to lead the Ministry of Foreign Affairs and International Trade of the Republic of Kenya.

Amb. Mohamed is the first woman to have chaired the three most important bodies of the World Trade Organization; the Trade Policy Body, the Dispute Settlement Body and the Governing General Council of the WTO.

She was President of the Conference on Disarmament, and the first African and the first female Chairperson of the Council of the International Organisation for Migration. In addition, she served as a member of the Executive Bodies and Committees of the World Health Organization, U.N. High Commissioner for Refugees, World Intellectual Property Organisation and the U.N. Programme on HIV and AIDS. Cumulatively, these assignments have earned Kenya and Amb. Mohamed international acclaim and respect.

In 2008-2011 at the height of our country’s legal, institutional and constitutional review process, Amb. Mohamed was Permanent Secretary in the Ministry of Justice, National Cohesion and Constitutional Affairs, charged with the responsibility of the Constitutional Review and implementation process. She Chaired the Governance, Justice, Law and Order Sector reforms (GJLOS), a cross-institutional programme which carried out broad reforms at a time of great change in our country.

In 2010, Amb. Mohamed was elected President of the U.N. International Conference on Transnational Crime in Vienna, Austria for a two year period. In 2011, she was appointed by the UN Secretary General as U.N. Assistant Secretary General and Deputy Executive Director of the U.N. Environment Programme (UNEP). During her tenure UNEP was upgraded from a 58- member Governing Body to the U.N. Environment Assembly, encompassing all members of the United Nations.

Given her track record, I am confident that Amb. Amina Mohamed will serve our Continent with the requisite professionalism, intellect, skill, integrity, passion and commitment. I have no doubt that her international experience and exposure will be an invaluable asset in driving African Commission in the achievement of Africa`s immense potential.

We hope and look forward to working together with our brothers and sisters on the continent to gain their full support for this candidature which, I believe strongly, will add great value to Africa’s future prospects.