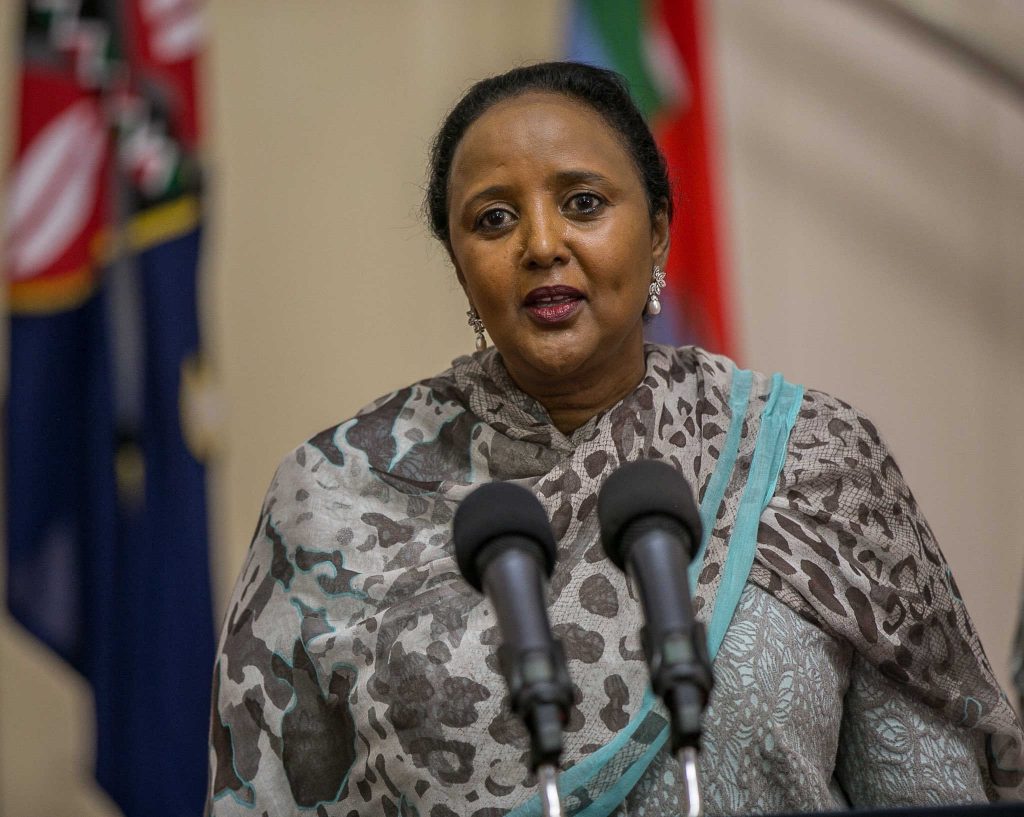 “In 2013, I appointed Ambassador Amina C. Mohamed, my Cabinet Secretary of the Ministry of Foreign Affairs and International Trade.  Since then, Ambassador Mohamed has steered our diplomatic engagement to greater heights. We have benefited tremendously from regional and international engagements of national and continental significance.

Among the most significant recent achievements include being the first woman to lead the Ministry of Foreign Affairs and International Trade of the Republic of Kenya. She was elected President of UNCTAD 14 for the next 4 years, was the Chairperson of the historic WTO 10th Ministerial Conference which is the top decision-making body of the WTO, and Co-Chairperson of the Ministerial segment of the first ever TICAD Summit held on our continent.