Kenya prepares to Host the Global Entrepreneurship Summit 2015 in Nairobi 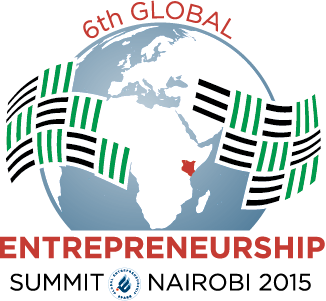 The Global Entrepreneurship Summit (GES) in Nairobi, is intended to bring together entrepreneurs, leading business personalities, government officials, investors to strengthen ties and to focus on the contribution of entrepreneurship to economic prosperity.

GES is an initiative by the White House in the U.S that aims to partner with host countries to showcase entrepreneur’s capabilities and strengthen entrepreneurial infrastructure.

In March 2015, the U.S press secretary announced that Kenya had agreed to co-host the sixth Global Entrepreneurship Summit between July 24 and 26 which will bring together thousands of entrepreneurs looking to connect, network and learn from business leaders, organizations, venture capitalists, and government in a bid to improve the entrepreneurship eco-system.

This will see the U.S president, Barrack Obama travel to Nairobi where he will hold bilateral meeting and participate in GES. This will be the first time the Summit is held in sub-Saharan Africa, since its inception in 2009 in Cairo, Egypt which has seen the summit being held annually. The summit has successively also been held in Washington, D.C; Istanbul in Turkey; Dubai in U.A.E; Kuala Lumpur in Malaysia; and Marrakech in Morocco.

According to the U.S state department, entrepreneurship is viewed as part of the American culture that can be freely shared across international boundaries to come up with solutions for local populations in given countries. This is due to fact that in many different part of the world, entrepreneurs have been key in unlocking the economic growth, and job creations thus empowering the people. The Summit, however, is also viewed by the U.S as a perfect way to spread its foreign and development policy to other countries.

Kenya is seen as an ideal location to hold the Summit due to its leading role in East Africa economic growth and its dynamism and innovation in its entrepreneurship. Kenya is leading in mobile money transfer in the world, and has continued to contribute greatly to innovation through creative spaces like iHub among others.

The decision to hold the Summit in sub-saharan Africa is also in an effort to build on the success of made when the U.S successfully held U.S-Africa Leaders’ Summit in August, 2014 in Washington that saw 51 African countries join Obama to discuss “Investing in the Next Generation”.

The summit will mainly focus on generating new investments in entrepreneurs, with a more focus on women and youth’s initiatives. Some of the leading networks expected to be well represented at this year’s GES are the Young African Leaders Initiative (YALI) and African Women’s Entrepreneurship Program (AWEP), and other youth initiative networks.

This will be the fourth visit Obama is making to Africa and first in Kenya since his election as president in 2008. Barrack Obama’s visit to Kenya to attend the Global Entrepreneurship Summit will further boost the confidence that the world over has in Kenya as a growing and promising economy in Africa.