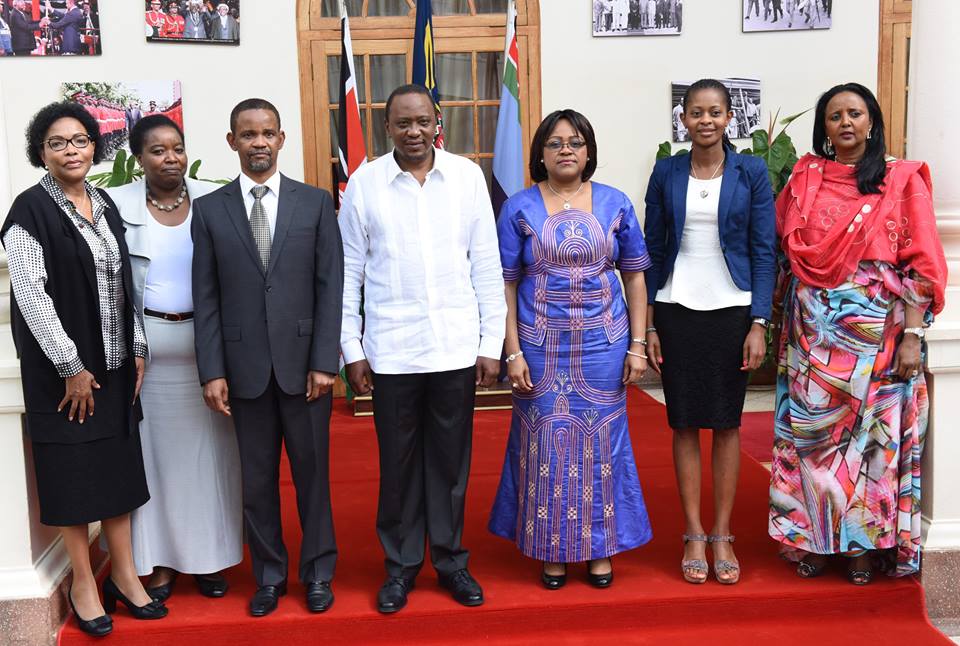 Following the heinous attack on 2nd April 2015 that turned Garissa University College from a place of learning and hope into an arena of pain, despair and death claiming 148 lives, the Peace and Security Council at its meeting on 9 April 2015 reiterated African Union’s full solidarity with the people and the Government of Kenya and agreed to dispatch a delegation to Kenya. It is against this background that on 21st-22nd April 2015, H.E. Ambassador Catherine Mwangi accompanied a team from the African Union Peace and Security Council (AUPSC) led by H.E. Manuel Goncalves, Ambassador of the Republic of Mozambique, H.E. Naimi Aziz, Ambassador of the United Republic of Tanzania, and Ms. Neema Nicholaus Chusi an officer from AU Commission to Kenya. The team called on President Uhuru Kenyatta​, Cabinet Secretary Interior and Coordination of National Government and visited Garissa University and Dadaab Refugee Camp to appreciate the situation there especially in light of the fact that refugees are a result of conflict and displacement and also to understand the security threat emanating from the camp.

It is worth noting that Kenya has suffered from increased terrorist attacks against soft targets believed to have been carried out by Al-Shabaab in the last three years. Bearing in mind that this was the most lethal terrorist attack since the 1998 US Embassy bombing, this solidarity underlined the oneness of humanity and consensus that terrorism is a global threat requiring robust international partnerships.

The presence of undocumented immigrants in Kenya has equally compounded the challenge posed by International Terrorism. Kenya continues to pay a huge price as a result of youth being incited and manipulated to violence on irrational ethnic and religious grounds. Furthermore, the Government’s efforts towards poverty reduction and wealth creation are negated by the undesired costs brought about by terrorism.

The escalation of terrorist attacks in the continent highlights the need for renewed efforts to address the scourge of terrorism using the relevant AU and international instruments. The continent must resolve to continue the difficult and daunting task of identifying, separating, tracking and deterring the enemy not only in Kenya but globally in a united voice that reflect the importance of sustaining this initiative.