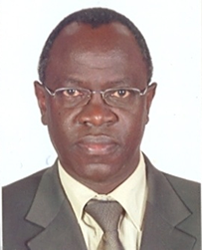 It is that time of the year when we take stock of the past year and project the coming year. 2013 has been a very dynamic year for the Mission

The year began with the 20th Ordinary Session of Heads of State and Government of the African Union in January during which President Kibaki chaired the Peace and Security Council of the African Union and bid farewell to his peers as it was his last Summit .The outgoing president also hosted Kenyans in Ethiopia in a memorable get together at the new AU Complex.

On 4th March 2013 Kenya held a peaceful and successful general election under the new constitution in which President Uhuru Kenyatta was elected as the Fourth President of the Republic of Kenya. President Kenyatta was subsequently inaugurated at a colourful ceremony at Kasarani Sport Complex on….The Mission facilitated the Africa Union Long Term Election Observation Team to Kenya led by the retired President of Mozambique H.E. Mr. Joachim Chissano.

In May, President Uhuru Kenyatta attended the 21st Ordinary Session of the Heads of State and Government of the African Union during which he delivered his maiden speech. The Summit coincided with the 50th anniversary celebration of OAU/AU at 50 under the theme “Pan Africanism and African Renaissance”. The President also He also participated at the youth inter generational dialogue hosted for Presidents and the African youth held at the United Nations Economic Commission of Africa in Addis Ababa.

In July 2013, Ambassador Dr. Monica Juma was appointed the Principle Secretary of Defence after distinguished tour of duty as Ambassador to Ethiopia and Djibouti and Permanent Representative of Kenya to the African Union and United Nations Economic Commission for Africa

On the 12th October the African Union Heads of State and Government held Extraordinary Summit called by Kenya to discuss Africa’s relationship with the International Criminal Court.

Kenya received overwhelming support from the Member States of the African Union on matters related to the cases against the President and the Deputy which culminated in the amendments of the rules of procedure of the court aimed at protecting sovereignty and dignity of its leadership.

The Mission facilitated Joint Boarder and Security Meeting between Kenya and Ethiopia in Adama and the visit by the Kenya Association of Manufacturers in November 2013 .These have enhanced bilateral relations with Ethiopia.
The Mission continues to work closely with the leadership of Wananchi Club. The Mission and the club jointly hoisted a very successful end year party for its membership as well as that of the children Party that brought together around 93 young Kenyans.

The climax of this year was the celebration of Kenya at 50 at the African Union New Conference Centre Multipurpose Hall that was well attended and highlighted the country’s milestones since attainment of independence in 1963.

I would like to take this opportunity to express my sincere gratitude to the entire staff at the Kenya Embassy, the Kenyan diaspora for their invaluable contribution in making the year a successful one for all of us.